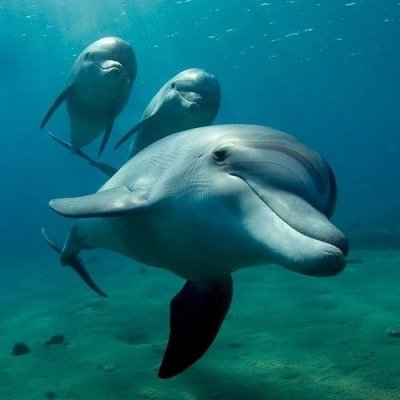 The sheer size of many of these creatures has effectively changed the way we look at sea mammals over the past century. I'm not just talking about whales weighing tens of thousands of pounds here, but also large walruses weighing more than 3,000 lbs. and elephant seals measuring more than 12 feet in length and boasting 2 tons in weight. And don't get me started on dolphin species such as the Orca – which are known to grow to 25 feet in length and more than 19,000 pounds!

Most sea mammals need to balance their sleep cycles quite well to avoid predators or prevent their bodies from deteriorating because of staying underwater for too long. Sperm whales have some of the most bizarre sleeping patterns, sometimes being seen taking their nap in a completely vertical position with their heads sticking out from the ocean surface!

What really made us change the way we look at sea mammals are the many discoveries about their advanced intelligence. Dolphins and walruses have very complex speech patterns, and some whales have even been noticed mimicking human speech. Also, otters have the unique skill of using rocks and other items as hunting tools to get shellfish out of their shells.

Seals and walruses depend heavily on detecting vibrations to find prey, and their whiskers can perform these tasks very well, even from a long distance away. Dolphins, however, are like the scanners of the marine world; their remarkable sonar gives them the ability to navigate the sea like no other fish or sea mammal and even to tell humans apart from other animals – which is why they’re so good at rescuing drowning victims.

Dolphins and whales can both live up to 60-100 years of age, and walruses will usually live for 30 years in the wild which, compared to other animals, is still quite impressive. Some bowhead whales, however, have even been known to reach the venerable age of 200. Imagine what great stories they have to tell their grandkids to put them to sleep!

Another remarkable discovery that has changed the way we look at sea mammals has to do with their social hierarchies. Walruses can be extremely social and noisy, filling up entire beaches and having their own well-defined families, while dolphins form even more complex and widespread communities - and they even give each other names! I have no idea why, but I like to imagine them speaking with an Irish accent.

Think that the story about a vindictive whale taking revenge on whalers is just fiction? Herman Melville’s Moby Dick was actually based on the real discovery in the 1820s of a huge, fierce whale fitting the same description. Some accounts even make it seem more terrifying, claiming the whale was still trailing harpoons and ropes collected from encounters with whalers.

For many people, such discoveries about sea mammals may not seem that important, but when it comes to understanding the world around us - and even our origins - these facts have to be remembered and further explored. Which of them do you think is the most intriguing, and what other interesting discoveries about marine mammals would you point out?