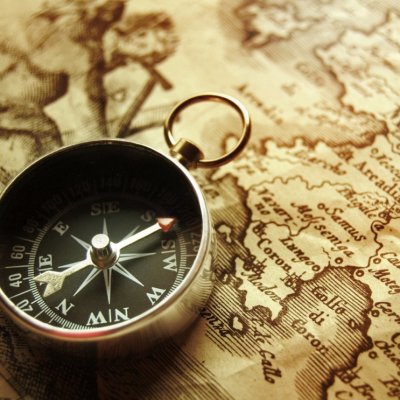 In 1540, King Henry VIII of England married his fifth wife. But they barely celebrated their first wedding anniversary before news emerged that Catherine had been cheating. She's supposed to have run from her apartments in Hampton Court Palace, trying to beg for mercy; but was intercepted before she could reach the King in the chapel, and dragged away screaming. Her ghost is said to haunt the corridors. But the layout of the palace shows that this event could not have happened.

Movies portraying historical events often alter the facts for dramatic purposes. You've probably seen The Great Escape on TV, or seen the famous motorbike scene with Steve McQueen. This scene may be exciting, but there was no motorbike involved in the escape - and indeed, no Americans.

3. War of the Worlds Broadcast

Orson Welles' radio broadcast of HG Wells' War of the Worlds has gone down in history as causing mass panic, by convincing audiences that an alien invasion was actually taking place. However, there was no mass panic - and not that many people listened to the broadcast anyway.

When Rome burned in AD 64, Emperor Nero got out his fiddle and played a tune - or did he? Actually, the fiddle wasn't invented for several hundred years. The historian Tacitus, although writing a while after the events, insisted that the emperor made efforts to rebuilding the city. So it seems to just be a nice story aimed at discrediting Nero.

With the words 'Let them eat cake!', Marie Antoinette dismissed the plight of starving French peasants. But yes, you've guessed it - she didn't say this. The phrase first appears before she even came to France, and was probably attributed to her in order to make the Queen appear callous.

Will there ever be a female pope? Supposedly there was one in the 9th century, who posed as a man and was elected pope. Her true gender was discovered when she gave birth to a child. This story seems to have been made up by a 13th-century chronicler and then taken as fact. But there is no gap in the list of Popes where she could be placed.

Walter Raleigh is supposed to have introduced both tobacco and potatoes to the English, after his voyage to the New World. However, he wasn't the first to bring either product back. We may thank the Spanish (or not thank them) for the introduction of tobacco, and they were also responsible for bringing potatoes back. Raleigh merely popularised both in England.

So don't assume that everything you've been told about history is true; some so-called events are exaggerated, or never even happened. If you want to be sure, do some research, and always check the sources of evidence. A lot of 'facts' that we believe have been shown to be untrue. What is your favorite historical period, and why?