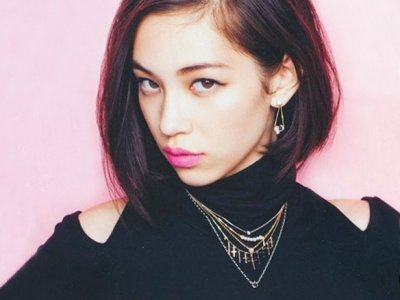 You would not be blamed for believing these common myths - we always seem to be told that they’re true! All of the myths in this list are just that: myths. Most of the time it’s difficult to even tell where the myths originated from, but one thing’s for sure - these common myths are sure to astound you when you realise that what you thought you knew is not true at all!

This is one of those common myths that no one has any idea where it has come from. It’s easily disproved by simply taking a duck into a tunnel and making it quack! While it’s true that in some circumstances a duck’s echo might be a little harder to hear than a human’s due to its frequency, the echo certainly does exist.

This myth is partly true - humans have five primary senses, but upon further research, it appears that we have upwards of nine and potentially up to twenty-one! We all know sight, touch, taste, smell and hearing, but we also possess tension, nociception (or pain), thirst, hunger, equilibrioception (balance) and many more!

If you hear someone say the age-old phrase “lightning never strikes the same place twice,” you can tell them that, in fact, the Empire State Building is hit by lightning strikes upwards of 100 times a year! If you Google it, you can actually find a video of lightning striking the same place 50 times. So if you get caught in a storm, don’t use this as a good piece of advice!

4 Mount Everest is the Tallest Mountain on Earth

This is definitely one myth which I thought was totally true, but I was so wrong! In fact, the tallest mountain on Earth is Mauna Kea in Hawaii by around 4000 feet. The part where people have gotten confused is that much of Mauna Kea is actually underwater, while all of Mount Everest is above sea level, meaning that while Mauna Kea the tallest mountain on Earth, it’s not actually the highest.

There has never been any research to tell us that we only use 10% of our brain capacity. No one really knows where this myth originated, but the media caught wind of it and repeated it enough for everyone to start believing it. The truth is that nearly every part of your brain is active most of the time. It is possible to train your brain to function better, but in doing this you are not unlocking new parts of your brain, you are simply learning new skills!

A 15-year-old schoolboy from Adelaide, Australia debunked this popular myth by feeding his goldfish next to a piece of red Lego for a week, leaving them alone for a week, then putting the piece of Lego back into the tank - the fish remembered it straight away and swam for it, expecting to be fed. While goldfish may not have fantastically extensive memories, they certainly can remember things from far longer than three seconds ago.

Even though Mars is dubbed ‘The Red Planet,’ astronomers say that it is actually more of a butterscotch colour. Mars had a lot of iron oxide in its soil, so it appears red to us here on Earth due to the dust that is kicked up in Mars’ atmosphere. If you look closely then Mars actually looks many different colours - from red to orange to even green!

Now you can sound super smart whenever anyone mentions any of these commonly-believed myths, because you now know the truth! It’s interesting to think where these strange misconceptions came from. Which myth did you believe until you found out it wasn’t as true as you first thought?