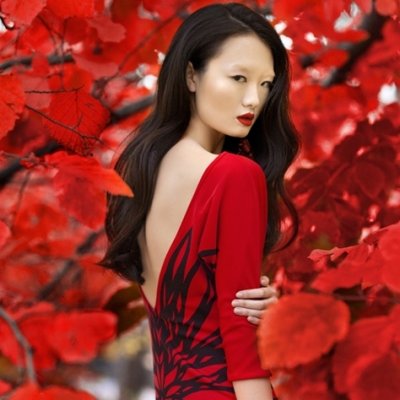 I got the idea for this article about misconceptions about feminism after a conversation with a friend. It seems that the term “feminist” is so nuanced nowadays that it can be difficult to tell exactly what someone means when they use it. Does it mean they don't like men and won't associate with them unless they have to? Maybe. Does it mean they think women are better than men? I'm sure we've all thought that at some point. Does it mean they don't wear dresses or shave their legs? I don't know, and I don't really care. I just think labels are meaningless if we don't know what they refer to. To that end, here are some of the more common misconceptions about feminism I've heard. You'd think we'd be beyond some of them by now, but you'd be surprised.

One of the most common misconceptions about feminism I've seen is that the gender roles our parents grew up with are “bad” and should be done away with. I know it looks that way, and I know that some of the more extreme groups make said roles out to be “oppression” and women who follow them to be “traitors”. I think they're forgetting, though, that the problem isn't with roles themselves so much as being *forced into them* - with being told that you should only want certain things because you're a woman and that something's wrong with you if you don't. I think feminism is really about having choices - having the right to decide which way you want to go in life instead of having someone else tell you what to do. The role you take doesn't matter; only that you chose it.

2 There's Only One Kind of Feminism

There are several different kinds of feminism. While they all hold the belief that women are just as valuable as men and should be seen as such, they vary in their approach. This article from Sparknotes.com describes the most subsets -many more than I thought there'd be. I'm sure you'll find yourself at least once.
sparkcharts.sparknotes.com

The extreme wings aside, feminists don't all hate men. If you do, go ahead; I'm sure you have a good reason. However, it's not essential to hate “the other side” to want to make things better for yours.

4 All Feminists Are Lesbians

I'm going to break a rule here and state that I do not think sexuality is something people choose. Beliefs, yes. Sexuality, no. There are definitely feminists who are lesbians, but you'll find straight people and bisexuals in the movement too.

5 Feminists Are Pushy and Controlling

I once got “blasted” by a friend for calling myself a feminist while letting my husband walk all over me. The few times I have taken charge (as she does), I've been thought to be “controlling”. It's the old double-standard-when a man does it, it's okay but when a woman does it, it's not. Like all double standards, it's a load of bull. There's a difference between taking charge and being “pushy and controlling”; trust me, you know the latter when you see it.

6 You Can't Be a Feminist and Defer to Your Husband

On the same tip as above, there's nothing non-feminist about stepping back and letting your husband take the lead. What looked like my husband walking all over me - which is what many think is going on when a woman “submits” in this way -was me picking my battles because I'm usually fine with what he chooses or don't care enough to argue. I'm sure I'm not alone. There is nothing wrong with letting your husband have his way on something *if that's what you want to do*. If he decides to make it up to you with a hot bath and some Swiss chocolate, I'd say it's worth it.

7 Feminists Don't Shave and Flop in the Breeze

The latter is what my mom used to say would happen if we didn't wear a bra. While some feminists might have used bras for kindling - after all, nylon does roast some tasty marshmallows - in the past, that's not the norm. Even if they did do this, though, I wouldn't join in. I'm a D-cup, so it's hard enough to find bras that fit as it is. Shaving or wearing a bra is a matter of personal preference and has nothing to do with feminism.

Some people assume all feminists are “butch” or “mannish”, but that's bull. One of the most ardent feminists I've known is a dancer who can out-Shakira Shakira. Enough said.

9 Any Woman Who Isn't a Feminist is (insert Insult Here)

Like our friend Ellie says, there is nothing wrong with not wanting to use a label that carries so many nuances when all you want to do is fight for the rights and dignity of women around the world. There are so many connotations to the word - negative and positive - that it's not hard at all to see why some people wouldn't want to be associated with it. It's what we believe and what we do with it that matters, not the label.

10 Only Women Can Be Feminists

They might not wear the label, but men can be feminists too. If someone believes women are equal to men and should be treated as such, the term applies. Making sure women are better served and represented in public life helps everyone, men included.

Yes, we've come a long way in terms of equal rights for women. We're all thankful for that. However, there is still a lot of work to be done. There's still a pay gap between men and women who do the same job, women are still objectified in ways that men aren't and, like I mentioned above, there are still a lot of double standards. Things have gotten better, but there's still room for improvement.