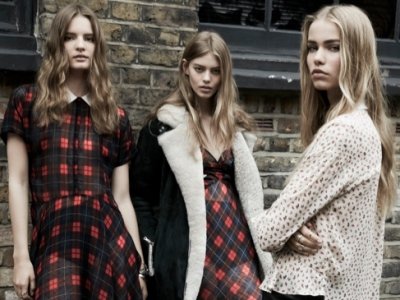 It’s best to learn effective ways to make an apology before approaching a person after a heated discussion. I think that most of us have regretted some our actions, whether they had significant or non-significant consequences. It’s always frustrating to think of a way to approach the person who is mad at you and oftentimes, even when you do approach them, your apology is not always accepted. So if you are currently having that dilemma here are 7 great ways to make an apology!

It’s very likely that people on both sides of the argument were hurt in the process so before thinking of the best ways to make an apology, it’s important to let go of your own hurt. It doesn't mean that you should forget about everything, especially because you need to learn from your mistakes, but you must forgive. The only way to make a genuine apology is to mean it!

The key to making up is communication! Most of the time, fights are based on misunderstandings, so the only way to fix it, is to talk it out. Explain to them why you did what you did and show them that you take responsibility for your actions. Try not to put the blame on them by saying things like, 'I’m sorry you misunderstood me' because that might just amplify the argument!

3. Remind Them That This Argument is Not Worth It

Most of the time, your mind is clouded by the stubbornness and hurt, so it’s imperative to prioritize your relationship over the fight. So if that person seems hesitant to accept your apology, remind him or her that the argument is not worth it. Do whatever it takes, even if it means whipping out things of sentimental value!

4. Show Them That You Are Willing to Compromise

Most of the time people question the sincerity behind your apology, and they wonder if you are making an apology just because that’s what they want you to do. Therefore, you must show them how genuine you are and how much you mean it. So put in more effort and try to be more thoughtful!

It’s much harder for some of us to express ourselves with words and easier to put it into writing. So if you feel that a letter might be more effective than communicating or the other person refuses to see you, then go for it! Sometimes you have to go old-school to get what you want!

It’s vital to change your perspective during an argument and put yourself in the other person’s shoes. Expressing your empathy while making an apology may be the most effective way to solve a problem because it shows the other person that you value their feelings. So, the next time you are making an apology try to say things like, 'I am sorry I hurt you. You must have felt awful and that’s the last thing I wanted to happen'.

Showing affection and love for the other person can bridge any emotional tension between two people, as long as it’s not right after a heated argument. As cliché as it sounds, sometimes actions speak louder than words and it’s much harder to stay mad at a person when you have physical contact with them. Any way that you can show them that you care works!

Making an apology can sometimes be hard since stubbornness seems to be running at an all time high, and judgments get clouded. However, hopefully these 7 ways of making an apology can give you an idea on what to do next. What are some of your tips on apologizing to someone when you are at fault? Help us out in the comments!