9 Amazing Random Facts That Will Leave You Speechless ... 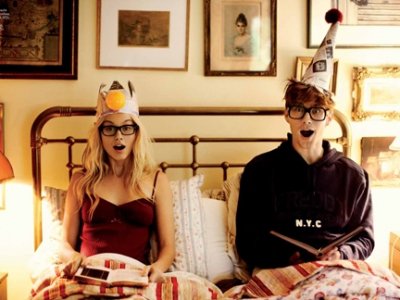 I don't know about you, but I happen to be a sucker for amazing random facts. You want to strike up a conversation with me, just walk up and state how Geico can save you 15 percent or more on your car insurance (sorry, I just had to!) or any random tidbit, and I'll gladly carry on the conversation. Speaking of... how about I share some amazing random facts right now?

One of my favorite amazing random facts that I learned is that pirates didn't always wear their eye patches because of lost eye sight! According to the Mythbusters (I love those guys!) the patch was really used to prepare their eyes for quick change from light to dark. See, pirates out on their ships had to be prepared for anything at any given moment. If they were below the deck in the dark, they had to be prepared to come out on deck swinging that sword. Likewise, if they were on deck, sometimes they had to be able to quickly go below deck. To compensate for the time lost in allowing their eyes to adjust to the light changes, they would cover one eye and keep it used to the dark and the other adapted to light. Over time, their eyes held this ability for longer periods of time. In doing so, all they had to do was remove or replace their patch when going from one extreme to the other! Isn't that amazing?

Girls taste better than boys do. Of course we are sweeter, so we taste better, right? However, it is a fact that girls have a better sense of taste than guys do. For whatever reason, we have been given the ability to be able to pick out sweet and sour tastes much easier than our male counterparts. Some think it's a throwback from the time when women had to be able to choose the right berries and greens when foraging.Now, whether this is a good or bad thing these days, well, that is for you to decide.

Who needs morning coffee when you have apples? Apples can actually wake you up better than coffee and keep you awake longer without that crazy sugar drop you get when you eat donuts with your coffee. Plus, there are all the health benefits of eating fruit, right?

If you have 3 quarters, 4 dimes, and 4 pennies, you have $1.19. And that's the largest amount of coin money you can have, and still not have exact change for a dollar. Ha, math!

Did you know the "57" on a bottle of Heinz ketchup represents the number of varieties of pickles the company once had? And here I thought they only made ketchup.

7 The Deck is Stacked

I haven't been able to confirm this, but if it is true, it's very interesting! Each suit in a deck of cards represents the four main segments of the Middle Ages economy, where the heart was the Church, the clubs were for agriculture, spades represented the military and diamonds stood for the influential merchant class.

Have you ever wanted to use a word, and it just sat there, on the tip of your tongue? It's so frustrating, and it actually has a name! That wicked sensation is called "lethologica," in its extreme. I hate that!

Who doesn't love Charlie Brown and his friends? But how well doyou know them? Did you know Charlie Brown's dad was a barber, or that Lucy and Linus actually had another brother, named Rerun?

With so many random and fun facts, you'll have a hard time keeping them to yourself at your next social gathering! Which of these did you already know, and which were new to you? Do you have any other random facts to share?