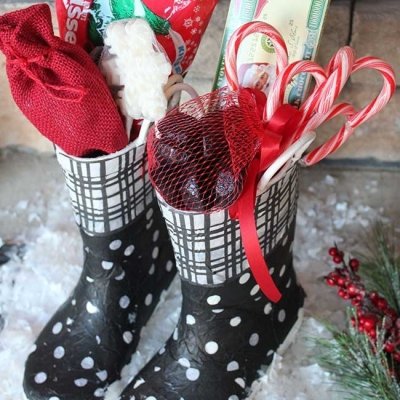 When you woke up this morning what was waiting for you? A lump of coal or a lovely gift or maybe some candy?

Have you been naughty or nice this year?

We're all familiar with the jolly, rotund man with a snow white beard and red suit, but would Santa Claus have even existed if it hadn't been for Saint Nicholas?

While children all around the world eagerly await December 25th and the great Gods of Retail rub their hands in glee, others are remembering and celebrating December 6th as Saint Nicholas Day. Last night, children in Germany were putting a shoe outside their door and in The Netherlands, popping their shoe in front of the fire/chimney, eagerly awaiting the morning to see if they would be rewarded with coal (naughty kids) or a treat (good kids.) This tradition morphed into our habit of hanging Christmas stockings, with the same sense of thrill and anticipation of what Santa would bring.

Saint Nick is much revered in Northern and Eastern Europe. Many celebrate December 6th as his day, while others wait for his (Julian Calendar) feast day on December 19th . But who was he?
Nicholas was the Bishop of Myra (now in modern day Turkey). He had a reputation for giving gifts secretly - like putting coins in the shoes of those who left them out for him - and thus he became the model for Santa Claus, whose modern name comes from the Dutch Sinterklaas, Although, it must be said, he was so much more than a bringer of gifts, is credited with a litany of good deeds and is recognized as one of the most important saints in Christendom.

So as you wander along and notice the twinkling holiday lights, another depiction of the red-suited Santa Claus, or write out another holiday card, spare a thought today for Saint Nicholas and the true meaning of Christmas.

And for those of you observing his special day, Happy Saint Nicholas Day.

Please do share with us if you celebrate St. Nicholas Day and how,